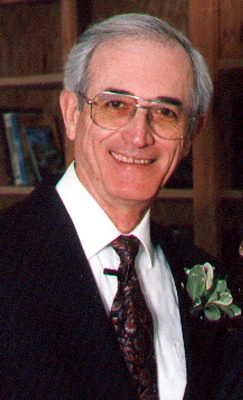 Pastor Dan Shafer,  a native of Virginia, was not born or raised as a Seventh day Adventist. After his return from active military service in 1965, and meeting Lillie, his dear wife, now of 50 years, he became acquainted with and dearly embraced the truths of God’s Word. He was baptized into the church in 1968, and soon thereafter left his secular employment and went into the work of Literature evangelism, a ministry in which God truly blessed and was soon in leadership, training others in this most wonderful work. God led in his ministry of nearly 40 years. During those years he was ordained into the gospel ministry and served as Publishing Director in 3 Conferences in North America, as well as pastor of a number of churches. His love for the Lord and for Bible prophecy was the driving force throughout those years. Pastor Dan and Lillie have 2 children; Pastor Scott Shafer, also an ordained minister, and his daughter, Kimberly Shafer Moll who is serving in health ministry.Highway for the Remnant Ministries was born through inspired impressions of the Holy Spirit back in 1999, after receiving many requests for copies of Pastor Shafer’s Sabbath messages. A large number of members and visitors were hearing messages of truth that they had not been hearing in their churches for a long time. There has been a famine in the land for these “Present Truth” messages.As a result, Pastor Shafer went to prayer and was led to begin a tape ministry. Praying for a name for the ministry, the Lord led him to Isa. 11:16 – “And there shall be an highway for the remnant of His people”. Through the succeeding years, the numbers of those subscribing to the monthly messages have been consistently growing, placing more demands upon Pastor Shafer’s time and involved much travel, which included weekend seminars, Sabbath speaking appointments, Camp Meetings, and other conventions such as ASI International Convention annually.

This ministry gives special emphasis to “Present Truth”, and the Three Angels’ Messages that we have been commissioned to bring to the world at this end time. His wife, Lillie, is a vital part of the ministry. She produces a “Health Segment” and “Children’s Story” time on each monthly tape. Eventually, Compact Discs replaced the audio tapes, and today these CD’s are sent around the world each month, keeping alive the wonderful message of the four (4) angels of Revelation 14 and 18 that are so vital for these end times.Also note that you can also listen and view many of Pastor Shafer’s messages on this website.Pastor Shafer had the privilege of baptizing a wonderful Amish family into God’s Remnant Church in August of 2013 in Ohio. He also dedicated their seven children. This family has since started a ministry near their home with the goal of, through the power of the Holy Spirit, to win many souls for the kingdom of Heaven. They conducted their first camp meeting in July 2016 at the West Salem Mission in West Salem, Ohio. Pastor Shafer was one of their featured speakers for that wonderful blessed convocation. They now conduct camp meeting every year at the West Salem Mission.Also note that since the conversion of this wonderful family, another family from the Amish community has been baptized into the church. There are other precious families that are studying and are in attendance regularly.It is our prayer that this ministry be an avenue to reach souls for Bible Truth, not only folks of other faiths, but more especially Seventh day Adventists in these challenging times for our beloved church.